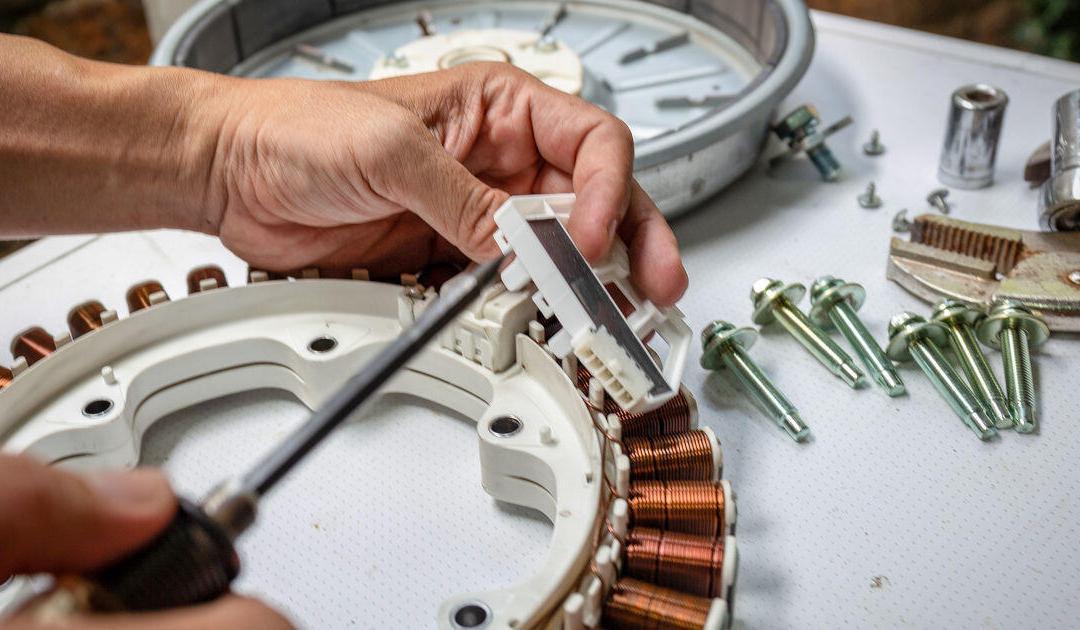 Repairing an appliance on your own may seem like the most cost-effective option: you’re only paying for parts and saving on labour. But doing so, you’re not taking advantage of a repair service’s biggest value: identifying the problem right away and resolving it efficiently, using the right tools. There’s also the risk of making things worse… Before you attempt to repair an appliance by yourself, take a moment to read the advice below.

Repairing a washing machine on your own

When replacing a part, the challenge isn’t to take apart the washing machine: it’s to reassemble in the right sequence! Drum, water supply, drain, pump, electrical systems and circuit boards: today’s front-load washers are much more sophisticated than earlier models. It’s common for our technicians to end up spending more time reassembling a washer that’s been overly dismantled rather than handling the actual repair.

Inaccurate diagnostic on a dryer

When a dryer breaks down, many people will replace the heating element right away. But that’s not always the issue: a defective timer or sensor could be to blame. Without having access to the right diagnostic tools, it can be difficult to find out!

While today’s cooking ranges may appear tough, some components remain fragile. For example, replacing the oven’s lightbulb without unplugging the appliance first may cause a short-circuit (since opening the oven door automatically turns on the light), and require replacing the entire circuit board.

Even entry-level refrigerator models use a full range of electronic components: thermostats, controls, sensors… When repairing the appliance by yourself, it’s easy to make an incorrect diagnostic and order the wrong replacement part. With many parts costing over $100 (most of which can’t be refunded once installed), the bill goes up quickly.

Dishwasher: more complicated than you may think!

Don’t let the fact that a dishwasher is simple to use fool you: these are compact, sophisticated machines that combine electricity, electronics, plumbing and mechanical parts. Still, it’s common for people to install a new dishwasher on their own. An installation that’s not up to standards—for example, by forgetting to add hose clamps or twist-on wire connectors—can make future repairs more complicated.

Knowing when to stop

The same recommendation applies for all appliances: when doubt starts settling in, or if it feels like there’s a whole lot of screws and parts piled on the floor … it may be time to stop. When you start taking apart components without understanding their purpose, the risk of making a mistake goes up … and it becomes increasingly difficult to go back to the way things were!

It’s unfortunate, but sometimes clients will reach a point of no-return on their repair attempt. If critical parts become damaged or lost, or if it would require an absurd amount of time to put everything back together … it may be cheaper to buy a new appliance entirely. Don’t put yourself in this situation: give us a call sooner than later!